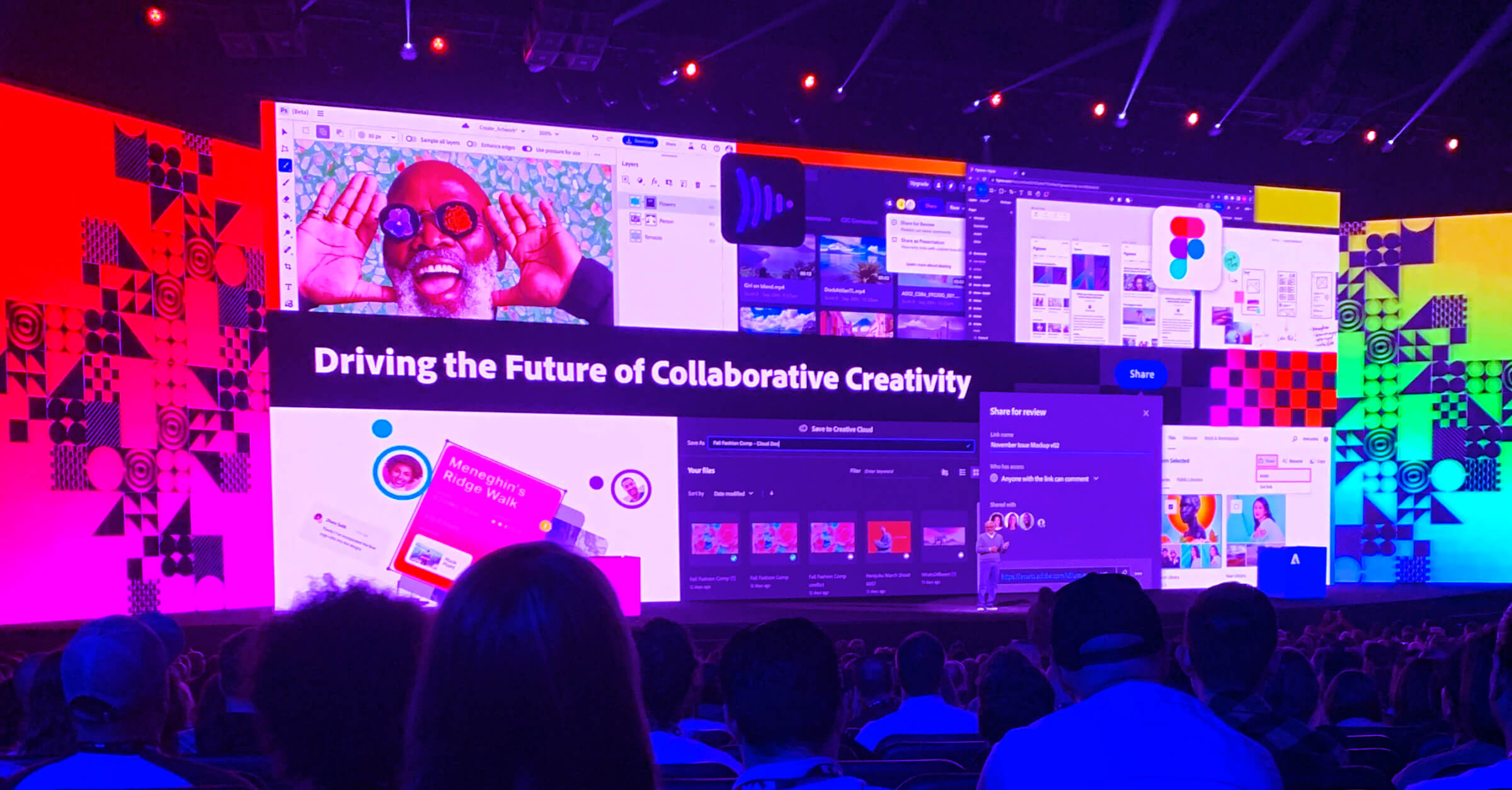 Creativity for All at Adobe MAX 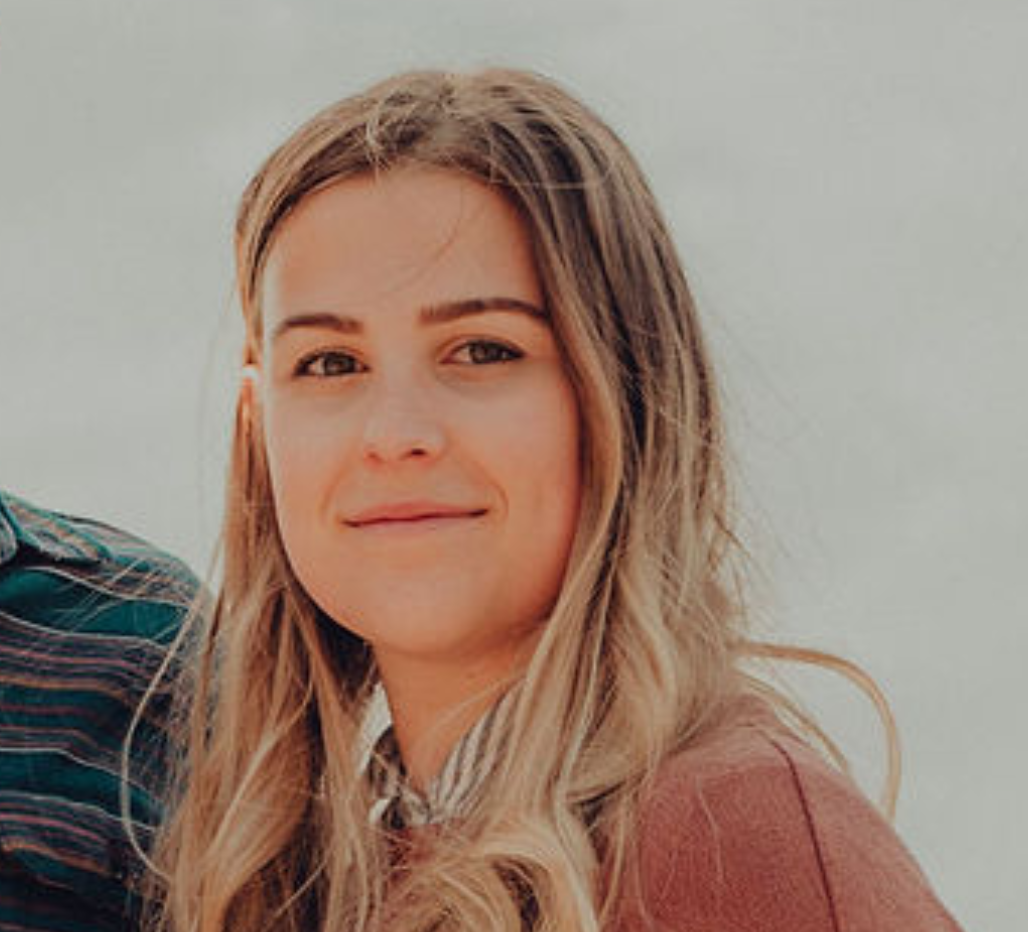 My manager asked me in a 1:1 during the summer, “Have you picked out a conference you want to attend yet?”

I told him I was torn between two and made a promise to pick the first one that released their schedule.

This year, I chose to head to Los Angles for three days of Adobe MAX. One of the great benefits about being a Sifter is professional development, especially when that comes in the form of conferences. As most of us have been navigating the conference scene virtually for the last two and a half years, I was pumped to be able to attend in person. Being a creative, it’s impactful to get out of my work-from-home routine and explore a new city. Surrounded by 6,000 fellow creatives, ranging from designers to photographers, design leaders, and even some more technical folks in the background, it was fulfilling to be learning new skills and ideas I could start applying immediately.

Innovation to the MAX

Adobe MAX is one of Adobe’s annual conferences, boasting 100+ sessions (both in-person and virtual), including keynotes, giveaways, hands-on labs for skill building, and a sneak peek of the upcoming projects being worked on in the Adobe Labs.

Inspirational keynotes started on the first day at the Microsoft Center, followed by breakout sessions throughout the Los Angles Convention Center and the JW Marriott. Floating from room to room, you could feel the energy as people talked with friends, colleagues, and fellow attendees.

The theme this year was “Creativity for All,” with Adobe heavily leaning into their commitment giving back to the design community with ease of access for non-profits and education. Many of the teased features and products rely on Adobe Sensei, their AI capabilities, from Intertwine in Illustrator to advancements in Express for non-designers to create branded content for social and beyond.

Leaving the keynote feeling energized, the rest of the days were filled with back-to-back sessions I picked with purpose and meaning. Packing two to three, one-hour long talks each day brought me renewed sense of craft and self-reflection.

I learned some nuances about speed and value graphs in After Effects from Nol Honing, who taught about understanding the perfect time and place to have effortlessly smooth transitions.

MAX veteran Michael Flarup, a Danish designer passionate about app icon design, talked about having a design record showing the evolution of your product from humble beginnings to present. He reminded me of my own adoration for systems and having a unique history of the Sift brand. I realized how much I’ve tweaked and molded our visual presence to get to where we are now.

French designer and letterer Martina Flur whisked us through her “golden secrets to lettering”, speaking with a fresh perspective for these kind of talks. Rather than giving her background of feeling uninspired with her career, leaving to pursue lettering, and pushing her works/achievements, she gave a mini course on breaking down the letterform into the “mother shapes” (rectangle, circle, and triangle) and building from there.

This made me reminisce about my own ways of wanting designs and projects to be perfect from the start, but Martina’s lesson made me realize that sometimes, you need to break things down to their simplest forms in order to get great work.

Mr. Bingo had the room rolling with laughter as he spoke about his hilariously true obscene work and fascination of how weird people can get on the internet. Boiling it down, he reiterated not taking yourself too seriously and having fun. Use your network to hold yourself accountable when you want a concept or project to succeed.

Improving collaboration between developers and designers, according to Zeplin co-founder and product designer Pelin Kenez, is key to building great products. Having clarity on what to build with a connected design system helps with the hand-off of projects. Keeping documentation, describing paths not taken, and for brevity were some top lessons learned.

Honestly, my favorite talk was from remote work advocate and design leader Patrick Holly. He walked us through his efforts to navigate and establish a remote work culture – not only for creatives, but for everyone that thrives in this environment. Learning to lean into what your team members want, rather than forcing something, can prevent tension.

There were a few more talks that I attended on the last day that felt like refresher courses, so I watched the speaker lead the folks in the room to a better understanding of techniques in templatizing After Effects files for social media and a walkthrough of a robust design system.

One for the books

At the end of those three days, I felt a new sense of inspiration as a creative. I’m an introvert at heart, but I connected with so many people in different stages of their career: a student with a year left in her bachelor’s, itching for the freelance life to travel the country; a veteran designer looking forward to the innovative features of Creative Cloud and who could not wait to use the Intertwine feature; a guy happy to vent during lunch about not taking the California sun too seriously as we both decided to wear black and melt outside.

Sure, I crashed hard when my plane landed in Detroit (that timezone difference is a killer!), but after giving myself time to reflect and recoup from the conference, I would repeat those days again in a heartbeat.